Wanted Felon Arrested For Drunk Driving And Threatening To Kill

Wanted Felon Arrested For Drunk Driving And Threatening To Kill 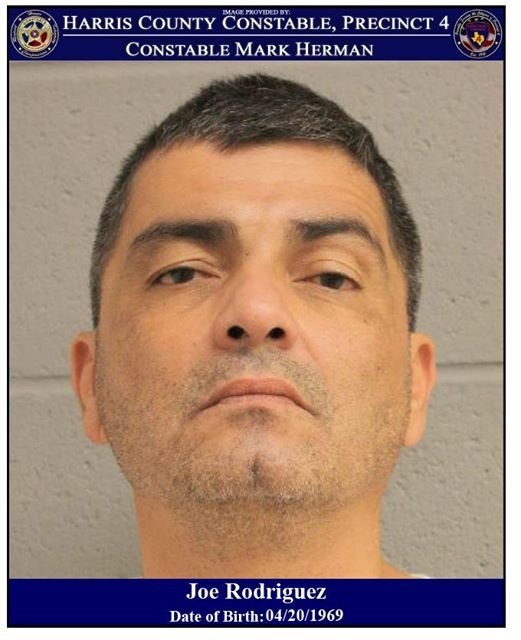 Upon deputies arriving, the vehicle was still running and the driver was identified as Joe Rodriguez who displayed several signs on intoxication. He did not suffer any injuries from the crash. Standardized Field Sobriety Tests were administered and it was discovered that he was driving while intoxicated. Further investigation revealed that he had an open Felony Criminal Mischief Warrant out for his arrest and had a previous DWI charge on his record. He was apprehended and while in transport to the Harris County Jail, he stated several times that once he was out of jail, he was going to locate the arresting deputy and put a bullet in his head and then locate and kill the deputy's wife and children. Joe Rodriguez then spit on the deputy twice through the dividing window of the marked patrol unit. "Joe Rodriguez was arrested and booked into the Harris County Jail for his Felony Warrant and charged with Driving While Intoxicated- 2nd Offense, Harassment of a Public Servant and Felony Retaliation. His bond and court Information have not been set at this time." - Constable Mark Herman
Reply
* Reactions disabled on political threads.
What are your thoughts? Log in or sign up to comment Log in » Sign up »
Post a comment »