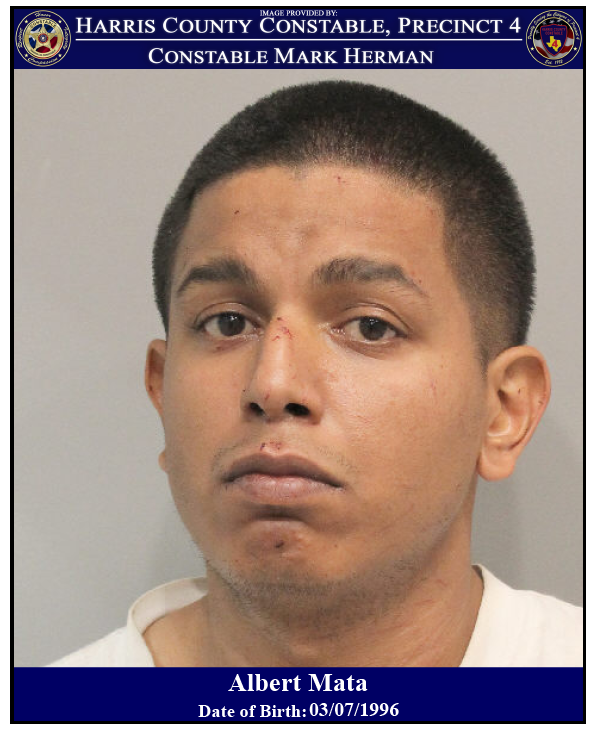 According to reports from PCT 4, on November 12, 2019, deputies with Constable Mark Herman's Office responded to the 20500 block of Fernbush Drive in reference to a suspicious person call. A witness advised that an unknown Hispanic male was walking from the rear of a home holding a television. Upon deputies arriving, they located the suspect who quickly dropped the stolen television and fled into a wooded area. A perimeter was set and with the assistance of a Constable K9 and air support provided by the Department of Public Safety, deputies were able to apprehend him and identify him as Albert Mata. The stolen property was recovered and returned to the owner."Albert Mata was arrested and booked into the Harris County jail, charged with Burglary of a Habitation and Evading. His total bond was set at $25,100.00 out of the 180th District Court and County Court 10." - Constable Mark Herman
Reply
* Reactions disabled on political threads.
What are your thoughts? Log in or sign up to comment Log in » Sign up »
This discussion has been locked.
« Back to Main Page
Views: 113