~ 1 year, 1 mo ago   May 21 2019, 12:35pm
John D. Leontaritis (41, Houston), owner and operator of Vanderhall Exotics in Spring, was sentenced to 240 months in Federal prison last week.He was found guilty by a jury on Dec. 4, 2018 of conspiracy to possess with intent to distribute and distribution of methamphetamine, as well as conspiracy to commit money laundering, which were committed from 2013 to 2017 in both the Houston and Beaumont areas. 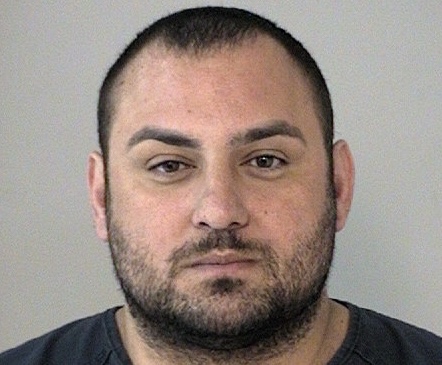 According to information presented in court, Leontaritis acted as a financier in a large-scale Houston-based drug trafficking organization that was distributing large amounts of drugs from Mexico to various cities in the United States for several years. Specifically, Leontaritis laundered drug profits through his luxury automobile dealership in Houston by accepting cash from known drug dealers in return for luxury vehicles. As part of the conspiracy, he used fraudulent dealer invoices to hide the true identity of the buyers from law enforcement. The conspiracy spanned many years and involved hundreds of kilograms of methamphetamine, and millions of dollars laundered through the dealership. The court sentenced Leontaritis to 240 months (20 years) on each count to run concurrent and those sentences to run consecutive to a Southern District of Texas federal conviction for theft of public money in 2018.

"People who help launder drug money are critical to the conspiracies that allow the drug trade to operate," said U.S. Attorney Joseph D. Brown. "Law enforcement worked very hard, and stayed after this case doggedly to make sure every participant was prosecuted.""The lengthy prison sentence for John Leontaritis is another example of how aiding and abetting a drug trafficker can be just as risky as drug trafficking itself," said Houston DEA Special Agent in Charge Will R. Glaspy. "We will investigate and prosecute anyone who supports these criminal enterprises."

This case is the result of an extensive joint investigation by the Organized Crime Drug Enforcement Task Force (OCDETF). The principal mission of the OCDETF program is to identify, disrupt and dismantle the most serious drug trafficking, weapons trafficking and money laundering organizations, and those primarily responsible for the nation's illegal drug supply.

This case was investigated by the U.S. Drug Enforcement Administration, the Houston Police Department and the Internal Revenue Service-Criminal Investigation and prosecuted by Assistant U.S. Attorneys Michelle S. Englade and Michael Anderson.www.justice.gov/usao -edtx
Reply
What are your thoughts? Log in or sign up to comment Log in » Sign up »