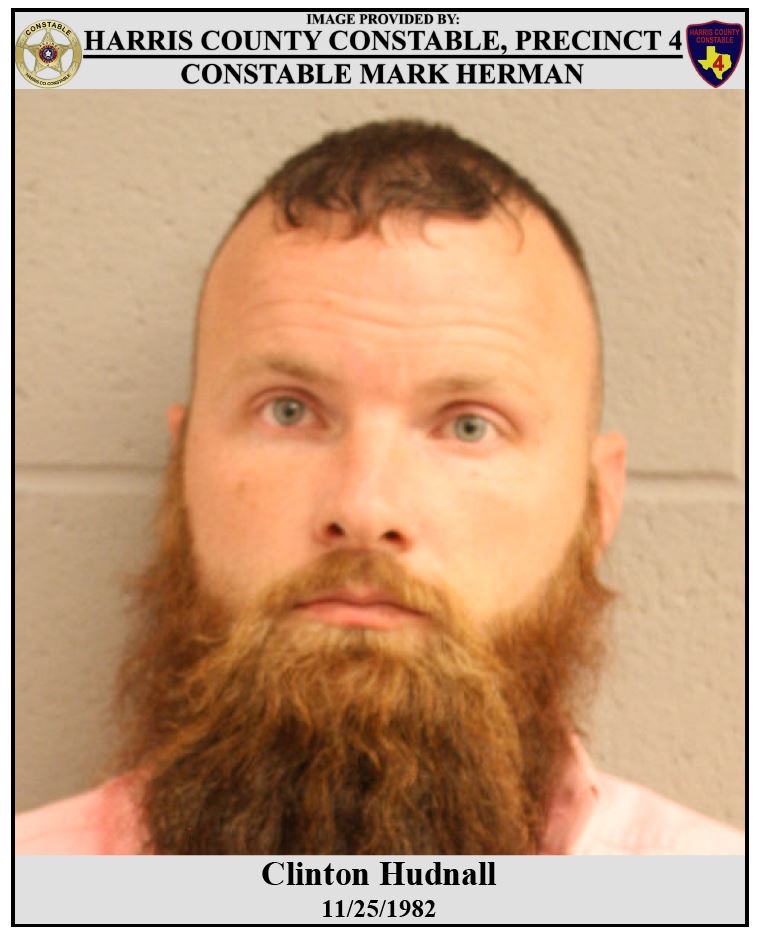 According to reports from PCT 4, on May 27, 2019, deputies with Constable Mark Herman's Office responded to the 14100 block of Spring Cypress Drive in reference to a disturbance. Upon deputies arriving, the complainant advised that a tow truck driver was aggressively following him and at times driving into on coming traffic at a high rate of speed.The complainant stated he pulled over into a well lit area until Constable Deputies arrived. During that time, the tow truck tried to hit the complainant's vehicle several times, making him fear for his life.The tow truck driver was identified as Clinton Hudnall, who stated he was following a suspected drunk driver and had video from a dash camera in his vehicle. Further investigation revealed there was no video captured from the dash camera and he made no attempt to notify law enforcement while he was following what he believed was a drunk driver."Clinton Hudnall was arrested and booked into the Harris County jail, charged with Aggravated Assault with a Deadly Weapon. His bond was set at $30,000.00 out of the 263rd District Court." -Constable Mark Hermanwww.facebook.com/Pre cinct4/
Reply
What are your thoughts? Log in or sign up to comment Log in » Sign up »