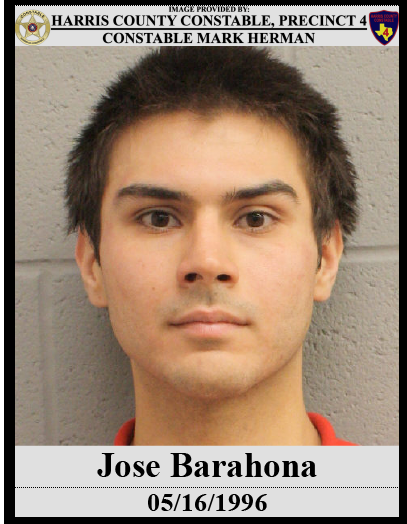 According to reports from PCT 4, on Wednesday June 5, 2019, deputies with Constable Mark Herman's Office responded to a residence located in the 21300 block of Reed Creek Lane in reference to a family disturbance where the suspect had a protective order against him preventing him from being at the residence. The suspect, identified as Jose Barahona, was located and while being detained became belligerent and began to resist deputies and spit into one of the deputies' face. "Deputies were able to detain him without further incident. Jose Barahona was arrested and charged with Misdemeanor Violation of a Protective Order and Felony Harassment of a Public Servant" said Constable Mark Herman.www.facebook.com/Pre cinct4/
Reply
What are your thoughts? Log in or sign up to comment Log in » Sign up »