~ 1 year, 1 mo ago   Jun 07 2019, 12:50pm
Members of the Spring ISD community gathered Tuesday morning on the site of the new Dekaney High School ninth-grade center for a formal groundbreaking ceremony that commemorated both the school's history and its future. 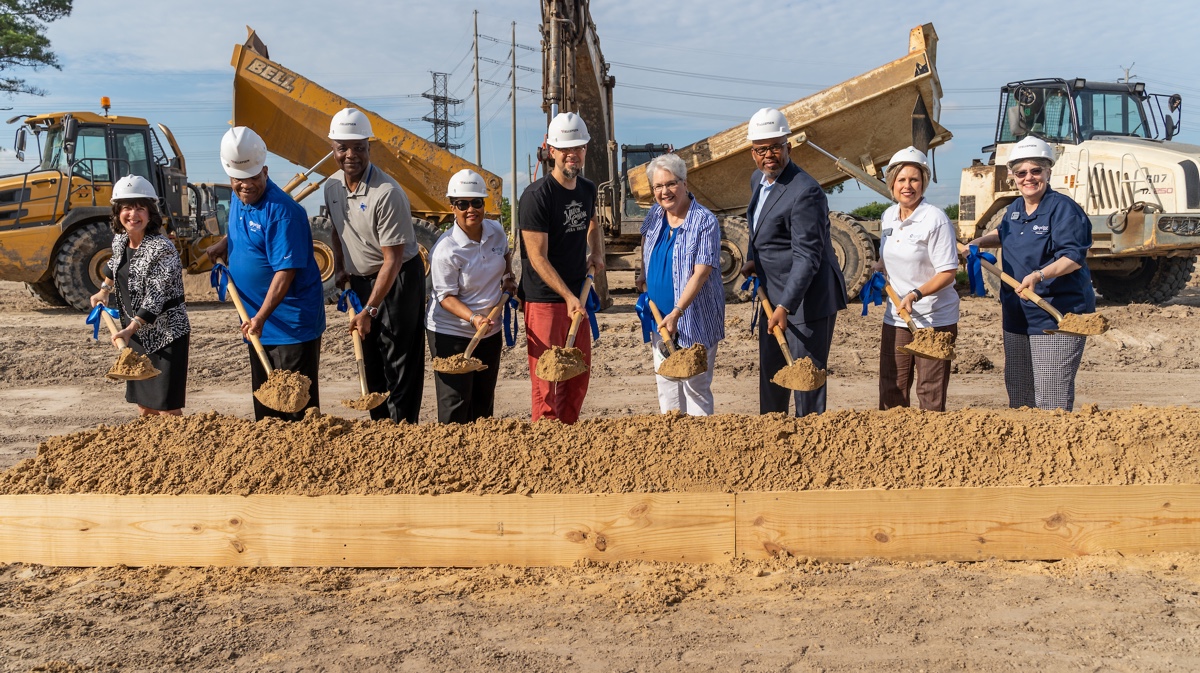 Addressing community members, trustees and other elected officials, campus principals, staff and students, Spring ISD Board of Trustees President Rhonda Newhouse reminded the crowd of the last major milestone on the site, when Dekaney High School itself - named for longtime school board member Andy Dekaney - first opened its doors to students in 2007.

"Today, just like then," Newhouse said, "we are planning for the future, by moving forward with the ninth-grade center that will serve students for generations to come."

Designed to house up to 900 students, the new center - which is being built under the district's $330 million bond program - will stand adjacent to the current school at 22351 Imperial Valley Dr. The 130,989-square-foot building will include a three-story classroom wing and a one-story wing for auxiliary needs such as athletic spaces, a cafeteria and fine arts facilities. Administrative spaces will be placed throughout the building to ensure a strong connection to student learning areas.

"We know as students transition from middle school to high school, that's a big jump," Superintendent Dr. Rodney E. Watson told the crowd during his remarks. "We want to ease that transition."

Dekaney's ninth-grade center will be one of three new facilities - each approved by the community as part of the 2016 Bond measure - that will serve ninth-graders at the district's comprehensive high schools, including Westfield and Spring High School. The goal of the centers - currently slated to open in time for the 2020-21 school year - is to meet the unique academic and social needs of new high school students, offering a more personalized and supportive experience.

"We've spent a lot of time in the high schools working with ninth-graders when they come in and trying to get them acclimated into a giant high school," said Dekaney Principal Alonzo Reynolds III, who went on to say that the new center will offer an opportunity to more fully prepare students for the rigor and responsibilities of high school and beyond.

"I'm very excited for the ninth-grade center and what it's going to do for the academic program at Dekaney High School," Reynolds said.

The school was designed by VLK Architects, with construction being managed by Tellepsen. Chris Laack, a principal with VLK, explained how the firm worked to make the Dekaney ninth-grade center an organic extension of the existing school, balancing tradition with innovation.

Brenda Siekas, a community member as well as a former Spring ISD teacher and family friend to the Dekaneys, said that the new facility would make a fitting addition to the legacy left by the school's namesake. In particular, she pointed out the eight words emblazoned on the school's crest - Excellence, Courage, Integrity, Respect, Purity, Loyalty, Wisdom and Compassion - words chosen by Andy Dekaney himself as a parting gift to the new school and to its future students.

"He lived those eight things," Siekas said, "and he taught them to people who were around him. Whether you were an adult, or you were a child, or his own family, he modeled those things."

State Rep. Valoree Swanson, who attended Tuesday's groundbreaking in her role as the state representative for House District 150, also shared her own memories of being inspired by the school's namesake and his wife, Eileen Dekaney.

"Dekaney High School means a lot to me, because my husband Vern and I were in the Sunday School class of Andy and Eileen Dekaney, many, many years ago," Swanson said. "So every time I hear of Dekaney High School, I think of the Dekaneys."

For Eileen Dekaney, who together with her son Josh attended the groundbreaking ceremony (as well as this past weekend's graduation), she's glad her husband's memory continues to drive others to do their best.

"The whole thing's just amazing to me. I sit here and I think, 'That's our family name.' It will live on, and that's a real honor. Not many people get to have that honor."

In November 2016, voters approved a $330 million bond to address long-standing facility, technology, and safety and security needs of Spring ISD. In addition to the three ninth-grade centers, the five-year bond program includes technology, safety and security improvements, two middle schools, building maintenance projects, a new police command center and a replacement stadium to serve the entire district.www.springisd.org
Reply
What are your thoughts? Log in or sign up to comment Log in » Sign up »