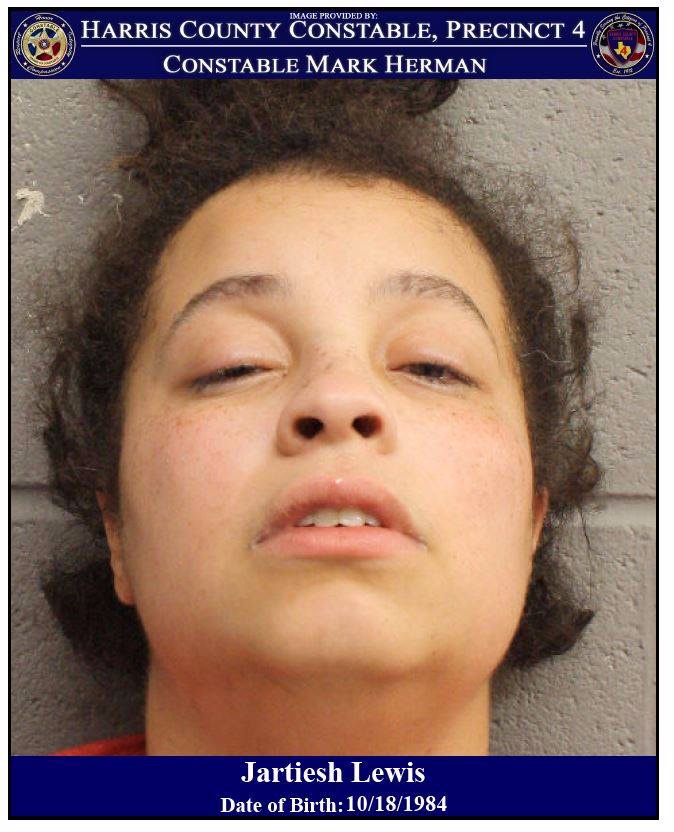 According to reports from PCT 4, on August 11, 2019, a deputy with Constable Mark Herman's Office responded to the Target located in the 19511 block of the North Freeway in reference to a shoplifter.Upon the deputy arriving, he located the female suspect in the parking lot with two shopping carts full of stolen merchandise.The suspect observed the deputy, began to flee and disregarded all verbal commands to stop. The deputy was able to catch up to her but she actively resisted the deputy's efforts to detain her.
The Constable Deputy deployed his department issued taser and was able to detain and identify her as Jartiesh Lewis.The stolen merchandise valued at over $1,400.00 was recovered and returned to Target."Jartiesh Lewis was arrested and booked into the Harris County Jail, charged with Felony Theft < $2,500.00 with two or more Previous Convictions and Resisting Arrest. Her total bond was set at $1,100.00 out of the 228th District Court and County Court 16." - Constable Mark Hermanwww.facebook.com/Pre cinct4/
Reply
What are your thoughts? Log in or sign up to comment Log in » Sign up »
Post a comment »