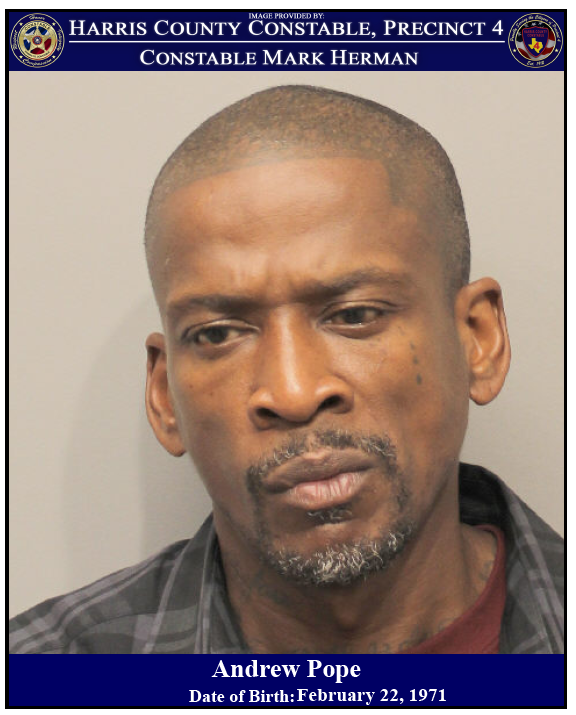 According to reports from PCT 4, on September 3, 2019, deputies with Constable Mark Herman's Office responded to the Home Depot in the 20100 block of the North Freeway in reference to a shoplifter who fled the business in a red 4-door vehicle.Deputies quickly located the vehicle and conducted a traffic stop. The passenger, Andrew Pope, was in possession of over $400.00 worth of stolen Ground Fault Circuit Interrupter Outlets.All stolen merchandise was recovered and returned to the business.Further investigation revealed that he had an open Felony Warrant for Theft."Andrew Pope was arrested and booked into the Harris County Jail, charged with Felony Theft. He received No Bond out of the 230th District Court. - Constable Mark Hermanwww.facebook.com/Pre cinct4/ 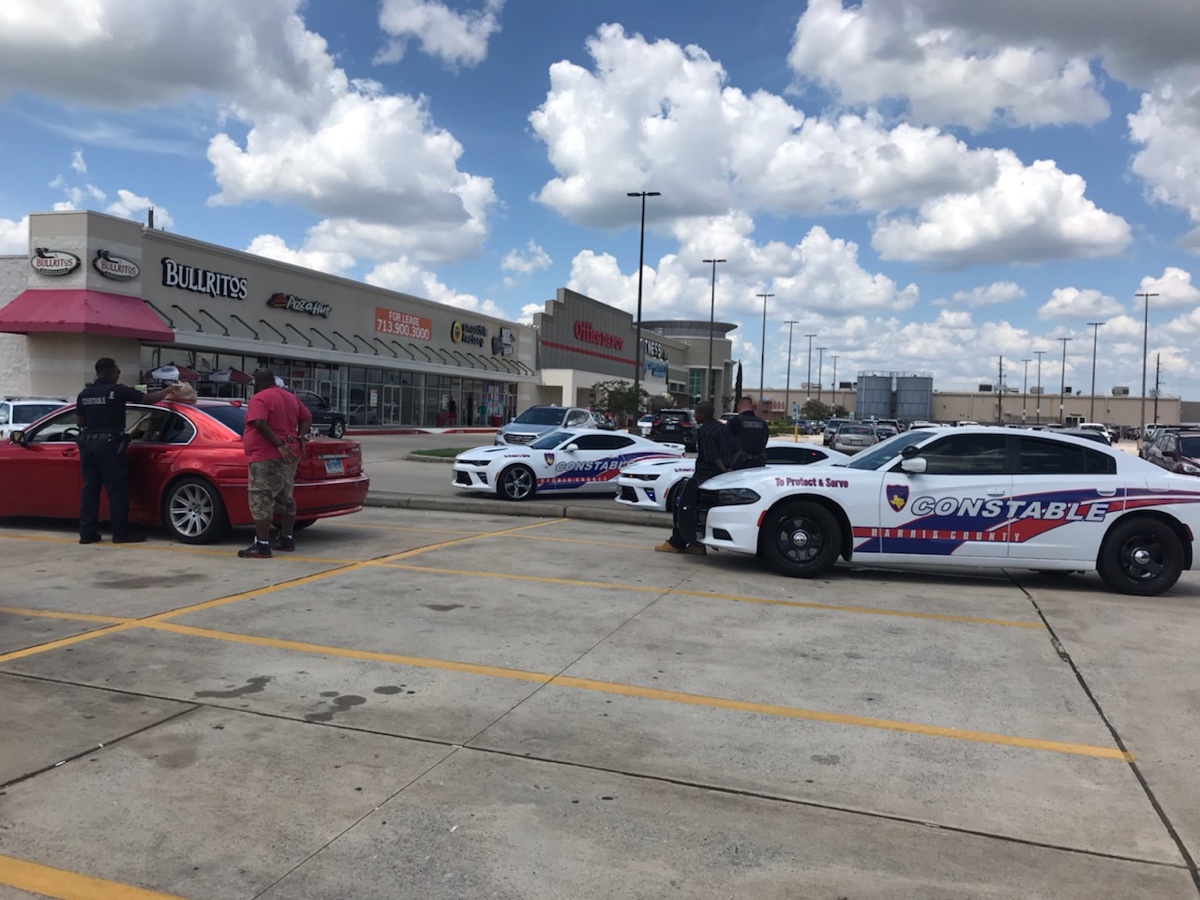