Parents Of EMERGE Students Get Education Of Their Own

Parents Of EMERGE Students Get Education Of Their Own 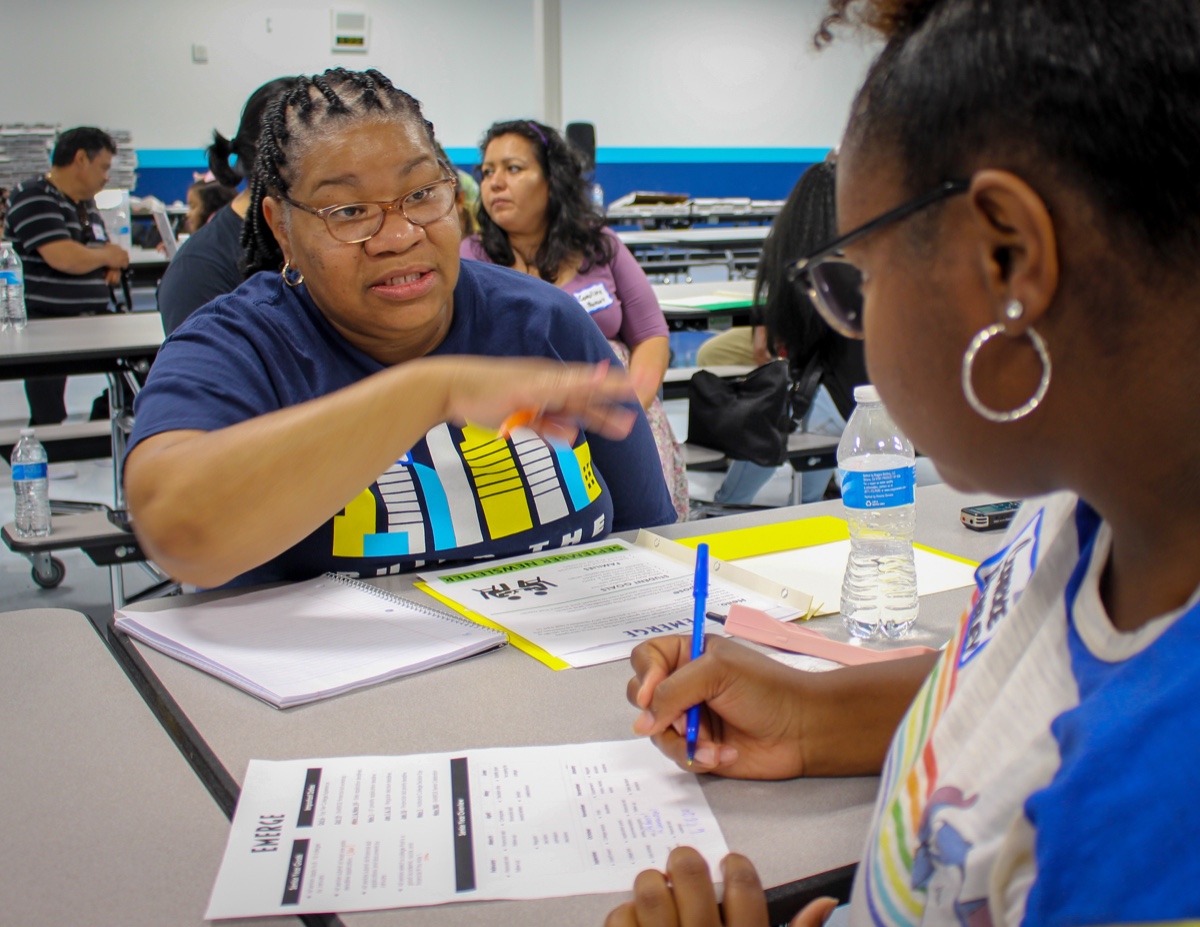 www.springisd.orgAs a paraprofessional at Spring High School, Tunisia Carter is passionate about seeing students succeed. As a mom to a Dekaney High School senior, she insists on it. Since her daughter Clarke's acceptance into the EMERGE Fellowship last year, Carter has been learning all she can, and telling anyone who will listen.

"This is an awesome program," Carter told a roomful of Spring ISD and Spring Branch ISD parents during an EMERGE orientation event held Saturday at Yes Prep's Northline campus in Houston.

Taking part in a panel discussion during the orientation, Carter talked about what she had learned so far from her experience with EMERGE. She also talked about volunteering as a chaperone on EMERGE summer college tours to Boston and Philadelphia, where she had the chance to hear college students from diverse backgrounds talk with the visiting high schoolers.

"These kids give you the 'real real,'" she said. "They tell you exactly how it was for them being far away from home their first year, how they cried, how they missed their family - missed their mom's cooking - and how they actually adjusted to being away from home, some of them for the first time."

Listening closely from the audience was Spring High School parent Veronica Samperio, whose son Josh is a senior as well as an EMERGE Fellow. Thinking back on her own college search two decades ago, Samperio said she was grateful for the guidance EMERGE offers students and their parents.

"I did all this on my own. I didn't have any kind of resources or help, and my parents did not speak the language," she said. As the fourth-oldest of six siblings whose parents didn't have much money, Samperio didn't think much about college until one of her high school teachers told her that her strong grades made her a candidate for scholarships and other funding.

"It's great that there's this support system, a program like this," Samperio said of EMERGE. "It's major, I think."

According to EMERGE Director of Districts Sandra Núñez, who helps manage the programs in Spring ISD and Spring Branch ISD, parents like Samperio, who went to college, have an advantage. EMERGE focuses on underserved communities, where many parents never attended college and can be intimidated by the application and financial aid process, and wary of sending their children far from home. EMERGE, she said, forms a bridge connecting deserving students to a greater range of opportunities.

"Probably the main reason I work at EMERGE is because I wish I had EMERGE when I was a high school student," said Núñez, who grew up in El Paso and worked as a teacher in both the Rio Grande Valley and in Houston before joining EMERGE in 2015."I think parent involvement is important, generally," Núñez said, "but I think with EMERGE, specifically, it's important to bring parents in really early, to trust us and to make them feel like they're informed and also part of that process."
Reply
What are your thoughts? Log in or sign up to comment Log in » Sign up »
Post a comment »