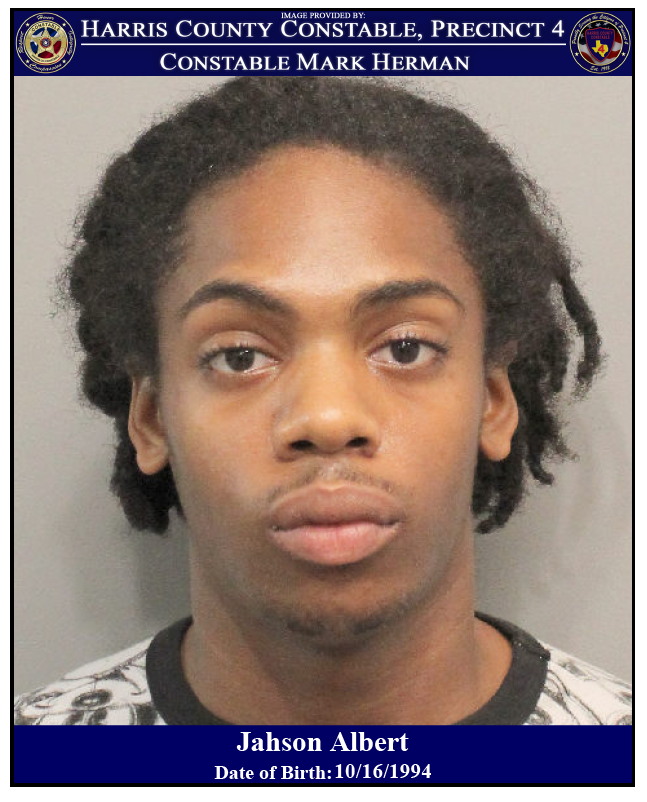 According to reports from PCT 4, on September 26, 2019, deputies with Constable Mark Herman's Office responded to the 19700 block of the North Freeway in reference to a five vehicle pileup.

Accident Investigators arrived on scene and conducted an investigation. They determined that the vehicle being driven by a male suspect, identified as Jahson Albert, was traveling north on the 45 feeder road at a very high rate of speed when it struck three vehicles and then left the roadway. It then struck a raised concrete traffic island on the east lanes of Cypresswood Drive causing the vehicle to go airborne. The vehicle then hit a second raised concrete traffic island and again went airborne and struck a fourth vehicle that was stopped for the red light on Cypresswood Drive. The driver of the fourth vehicle was transported to Memorial Hermann Hospital by Life Flight. Jahson Albert displayed signs of impairment and was transported to a local hospital where he was treated for minor injuries and a specimen of his blood was acquired. His blood work revealed that he was under the influence of marijuana. "Jahson Albert was arrested and booked into the Harris County Jail, charged with Felony Reckless Aggravated Assault. His bond was set at $30,000.00 out of the 180th District Court."- Constable Mark Herman
Reply
What are your thoughts? Log in or sign up to comment Log in » Sign up »
Post a comment »