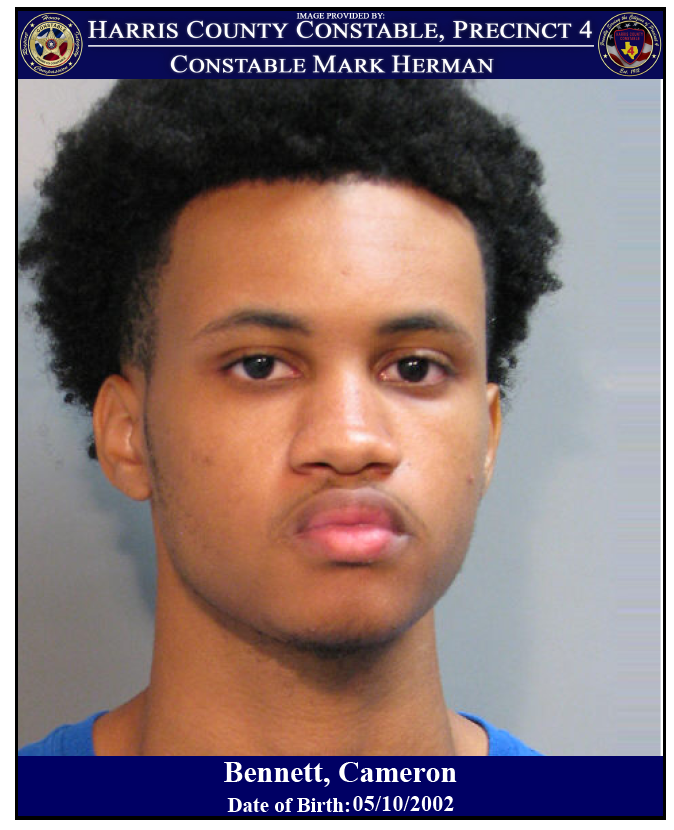 According to reports from PCT 4, on September 27, 2019, deputies with the Constable Mark Herman's Office responded to the 23100 block of Aldine Westfield Road in reference to a robbery of a food truck. Upon deputies arriving, the complainant advised that three black male suspects had her at gunpoint and demanded the cash from the register.The complainant was able to provide deputies with the descriptions of the suspects.Constable Deputies searched the area and located three males who matched the descriptors in the 3000 block of Hirschfield Road. The suspects split up and evaded from deputies on foot. Two suspects were quickly apprehended and identified as Cameron Bennett and a juvenile. The third was suspect was not located."Both suspects were arrested and charged with Aggravated Robbery with a Deadly Weapon and Evading. Cameron Bennett was booked into the Harris County Jail and received a bond of $50,100.00 of County Court 13 and the 176th District Court. The juvenile was booked into the Harris County Juvenile Detention Center. The investigation continues to identify the third suspect." -Constable Mark Herman
Reply
What are your thoughts? Log in or sign up to comment Log in » Sign up »
Post a comment »