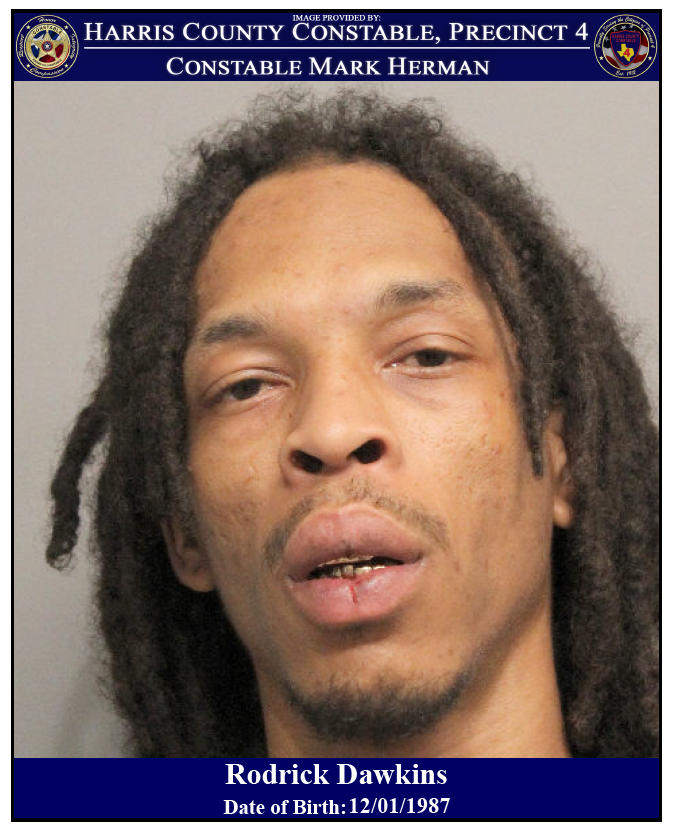 According to reports from PCT 4, earlier this week, deputies with Constable Mark Herman's Office responded to the 15000 block of Darbydale Drive in reference to a male causing a disturbance. Upon deputies arriving, they made contact with the male suspect who was very hostile and verbally belligerent. As a safety precaution, deputies attempted to detain him but he actively resisted and struck a deputy in the mouth, causing injury.Constable Deputies were able to gain control and safely apprehended him. He was identified as Rodrick Dawkins and it was discovered that he had an open warrant for his arrest for Possession of a Controlled Substance. "Rodrick Dawkins was arrested and booked into the Harris County Jail for the open felony warrant and charged with Assault on a Public Servant. His bond was set at $5,000.00 out of the 228th District Court." - Constable Mark Herman www.facebook.com/Pre cinct4/
Reply
What are your thoughts? Log in or sign up to comment Log in » Sign up »
This discussion has been locked.
« Back to Main Page
Views: 459