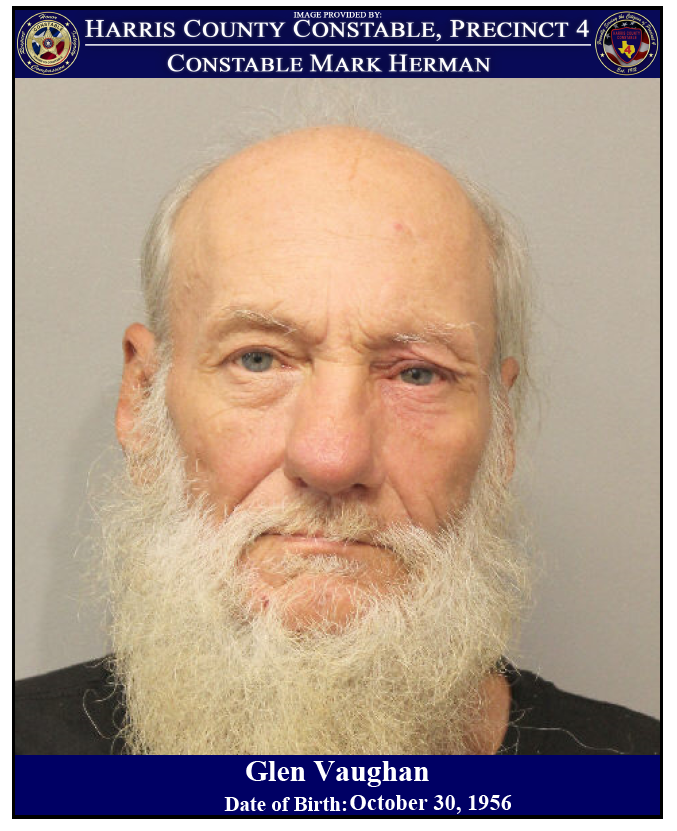 According to reports from PCT 4, on November 5, 2019, a deputy with Constable Mark Herman's Office was patrolling the intersection of FM 1960 and the North Freeway after receiving several complaints of people aggressively soliciting at the intersection and causing motorist to feel unsafe.While on location, the deputy made contact with a male suspect who was approaching motorists and asking for money. He was identified as Glenn Vaughn and was found to have 70 open warrants for his arrest.The majority of these warrants were a result of Class C Misdemeanor violations. One warrant was for the burglary of a coin operated machine where he used a crow bar to break into the money compartment of a vending machine at an area laundry mat."Glenn Vaughan was arrested and booked into the Harris County Jail as a result of the 70 open warrants for his arrest. His bond was set at $120.00 out of County Court 4 for the burglary of a coin operated machine warrant. The remaining 69 warrants will be cleared out due to him presently being in jail." - Constable Mark Hermanwww.facebook.com/Pre cinct4/
Reply
What are your thoughts? Log in or sign up to comment Log in » Sign up »
This discussion has been locked.
« Back to Main Page
Views: 596