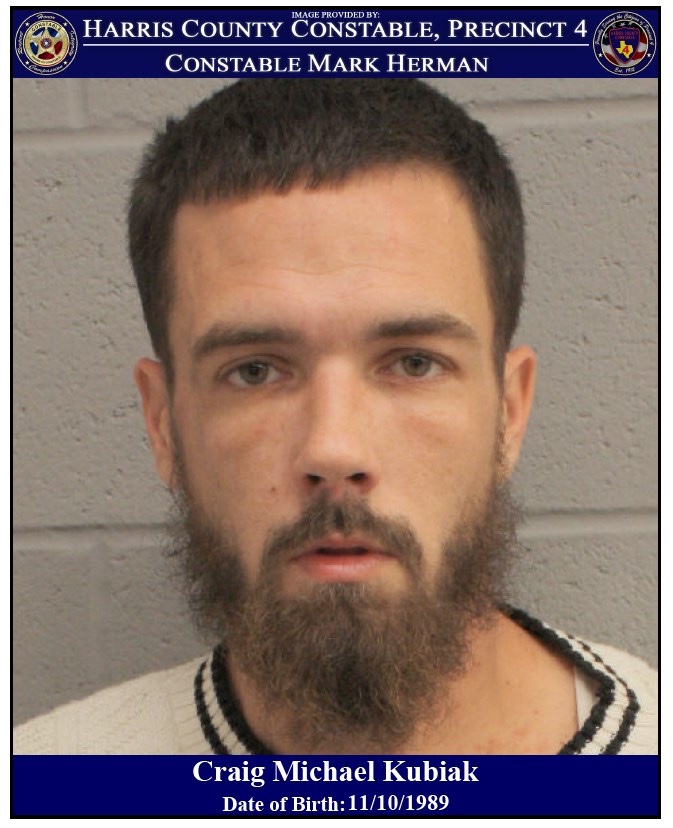 According to reports from PCT 4, on December 11, 2019, deputies with Constable Mark Herman's Special Operations Unit conducted a traffic stop on a vehicle in the 21300 block of Aldine Westfield Road. After the initial contact with the driver, he exited the vehicle and fled on foot.Constable Deputies set a police perimeter and were able to quickly capture and identify him as Craig Kubiak. Further investigation revealed that he had an open blue warrant, an open felony warrant out of the Harris County Sheriff's Office for Aggravated Assault and two felony warrants out of the Montgomery County Sheriff's Office for Manufacturing and Delivering Controlled Substances. "Craig Kubiak was arrested and booked into the Harris County for his numerous open warrants and charged with Evading. His bond was set at $100.00 out of County Court 11 for the Evading charge and his previous bonds for the open warrants were set at $100,000.00 for the Aggravated Assault with a Deadly Weapon and No Bond for Manufacturing and Delivering Controlled Substances." - Constable Mark Hermanwww.facebook.com/Pre cinct4/
Reply
What are your thoughts? Log in or sign up to comment Log in » Sign up »
Post a comment »