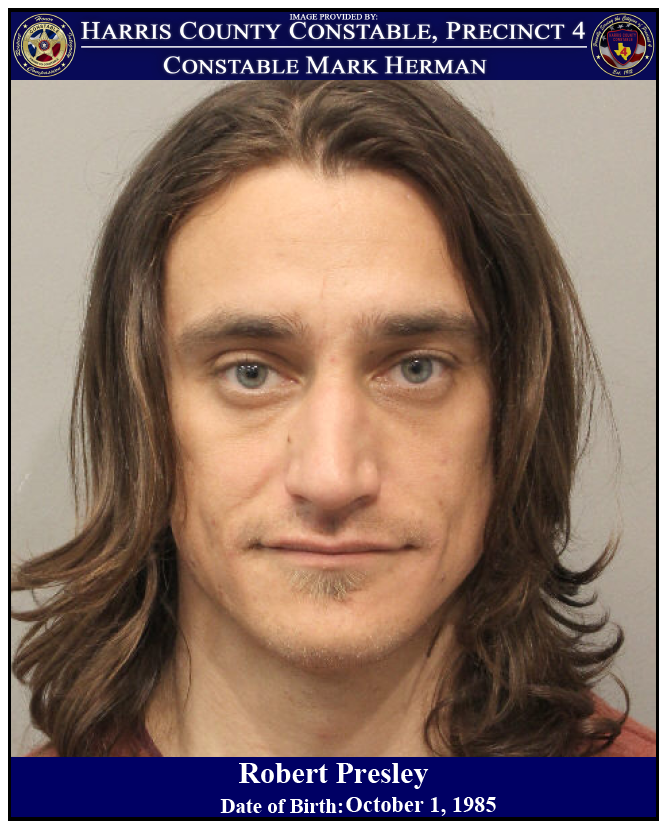 According to reports from PCT 4, on January 9, 2020, a deputy with Constable Mark Herman's Office responded to the 19400 block of Spring Cypress Road in reference to a drug possession call. Upon deputies arriving, they located the male who fit the description of the suspect and identified him as Robert Presley.During the course of the investigation, deputies discovered that he had an open Felony Warrant for Possession of a Controlled Substance out of Blanco County. He was detained and found to be in possession of Methamphetamine."Robert Presley was arrested and booked into the Harris County Jail for the open warrant and charged with Possession of Controlled Substance. His bond set at $1,000.00 out of the 180th District Court for the charge." - Constable Mark Hermanwww.facebook.com/Pre cinct4/
Reply
What are your thoughts? Log in or sign up to comment Log in » Sign up »
Post a comment »