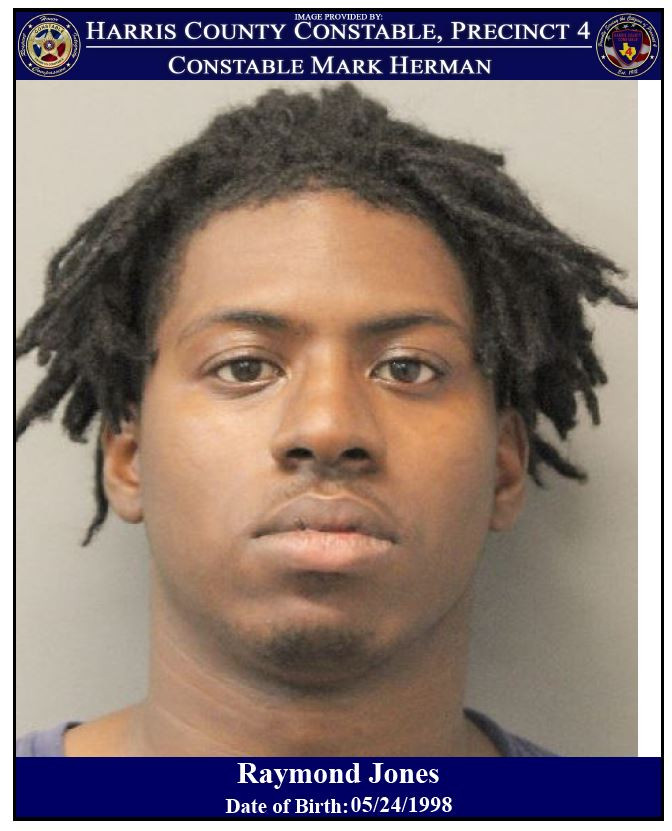 On July 15, 2020, a deputy with Constable Mark Herman's Office initiated a traffic stop on a vehicle in the 4200 block of FM 1960 Road. The driver of the vehicle refused to stop, leading deputies in a brief pursuit.The driver of the vehicle bailed out of the vehicle in an apartment complex located at the 16900 block of Northchase Drive and evaded on foot. Deputies were able to apprehend the suspect and identified him as Raymond Jones.Further investigation revealed that a loaded handgun was on the driver seat of the suspect vehicle."Raymond Jones was arrested and booked into the Harris County Jail, charged with Felony Evading and Unlawful Carry of Weapon. His total bond was set at $2,600.00 out of the 263rd District Court and County Court 11." - Constable Mark Herman
Reply
What are your thoughts? Log in or sign up to comment Log in » Sign up »
Post a comment »