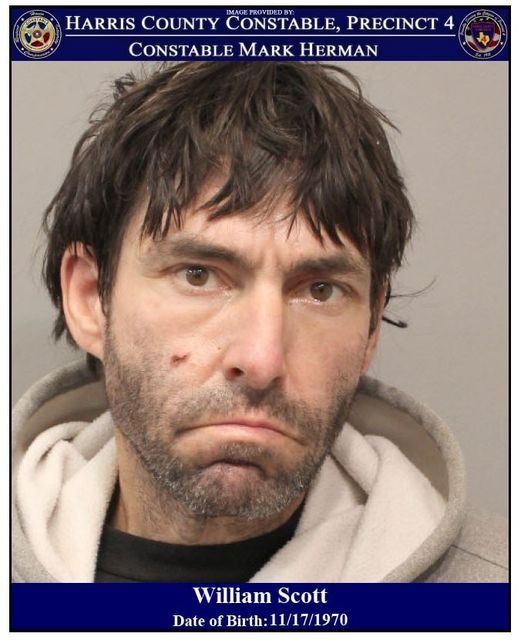 On January 11, 2021, deputies with Constable Mark Herman's Office responded to the 100 block of the North Sam Houston Parkway East in reference to a stolen vehicle which was being tracked by the owner.The complainant advised the suspect broke into his place of business, causing damage to the front gate and stole a company vehicle.Constable Deputies were able to quickly locate the stolen vehicle and conducted a traffic stop. The driver was detained and identified as William Scott. The vehicle was recovered and released to the owner. "William Scott was arrested and booked into the Harris County Jail, charged with Unauthorized Use of Motor Vehicle. He received No Bond out of the 183rd District Court." - Constable Mark Herman
Reply
* Reactions disabled on political threads.
What are your thoughts? Log in or sign up to comment Log in » Sign up »
Post a comment »