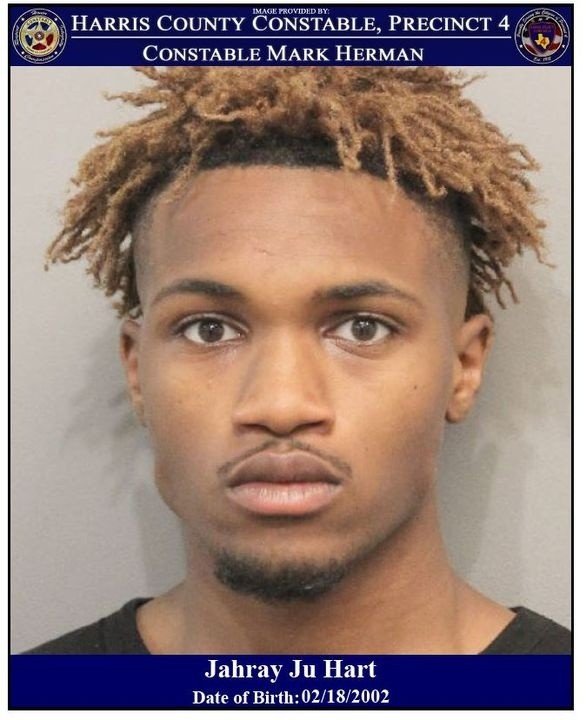 On July 28, 2021, deputies with Constable Mark Herman's Office responded to an assault call in the 19300 block of Kuykendahl Road.Upon arriving, the victim stated he was traveling in the 6500 block of 2920 Road when an unknown black male shot him multiple times with a gel ball gun, causing injury. The victim provided description of the suspect vehicle and responding deputies were able to locate it nearby. The suspect was detained and identified as Jahray Hart. During a search of the vehicle, deputies located the gel ball gun that was used. "Jahray Ju Hart was arrested and booked into the Harris County Jail, charged with Assault. His bond was set at $100.00 out of County Court 10." - Constable Mark Herman
Reply
* Reactions disabled on political threads.
What are your thoughts? Log in or sign up to comment Log in » Sign up »
Post a comment »