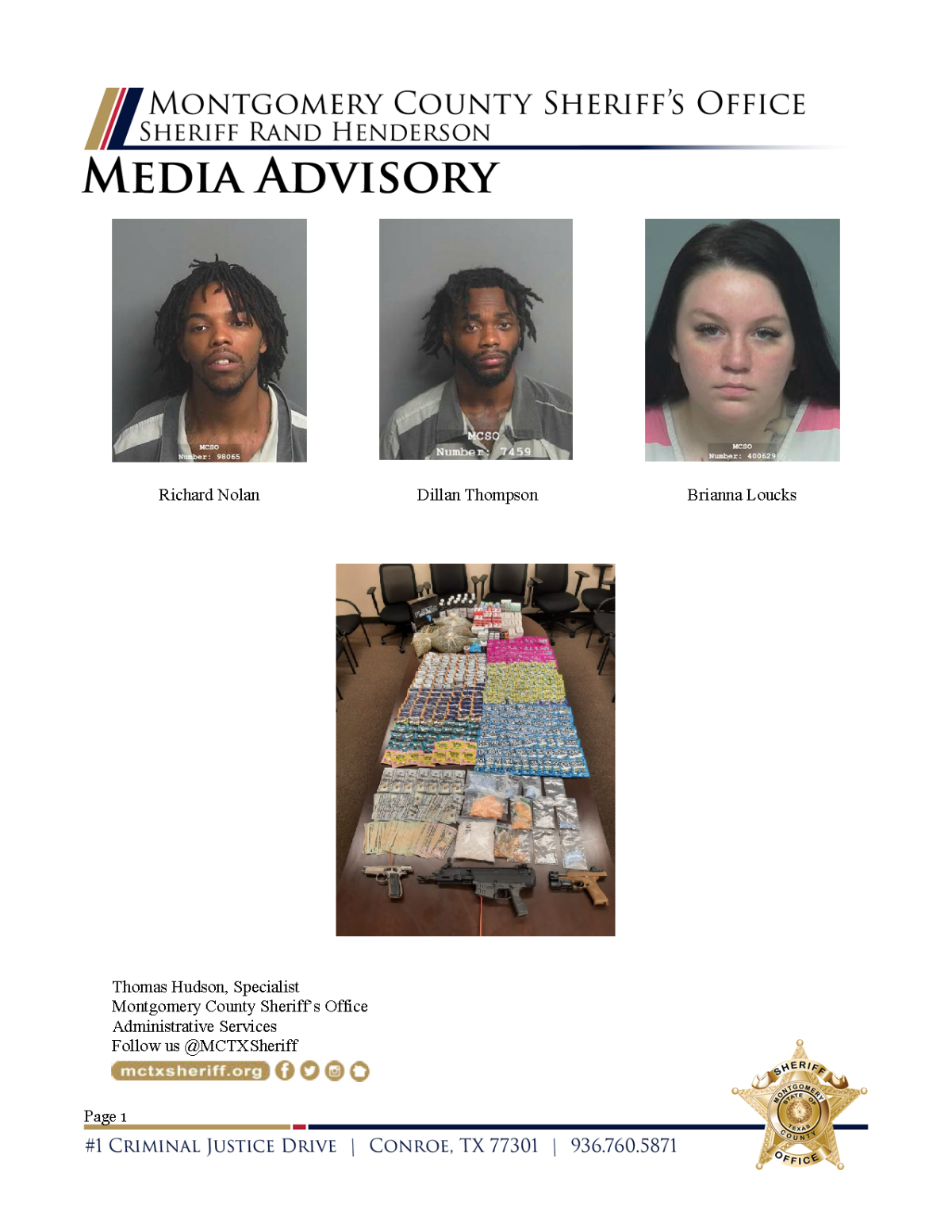 On September 8, 2021, at about 2:15 PM, Deputies with the Montgomery County Sheriff’s Office were dispatched to a robbery in progress at the Camden Spring Apartments located at 301 Pruitt Road in Spring, Texas. During the investigation, it was learned two black males entered an apartment with handguns but the suspects were no longer at the apartment when Deputies arrived. Deputies viewed surveillance camera footage where they gathered the description of the suspects. During a check of the area, a black male who matched the description was detained after a foot pursuit. The second suspect was not found. During the investigation, it was learned there was possibly a large number of drugs in the apartment.Detectives with the Montgomery County Sheriff’s Office responded to assist with the investigation. Detectives obtained a search warrant for the apartment which led to the recovery of numerous items including large quantities of Ecstasy, Xanax, THC, Marijuana, multiple other prescription medications, 3 firearms and over $18,000 in U.S. currency.The robbery suspect was identified as Richard Nolan (22 years old), who was out on bond for Murder in Harris County; however, the bond was revoked due to non-compliance.Nolan was arrested for the bond revocation warrant and transported to the Montgomery County Jail where he was additionally charged with Aggravated Robbery. The residents, identified as Dillan Thompson (24 years old) and Brianna Loucks (21 years old), were arrested and transported to the Montgomery County Jail where they were charged with Manufacturing and Delivery of a Controlled Substance. This is an excellent example of the different divisions within the Sheriff’s Office working together to keep our neighborhoods safer. Great job and thank you to all involved!
Reply
* Reactions disabled on political threads.
What are your thoughts? Log in or sign up to comment Log in » Sign up »
Post a comment »