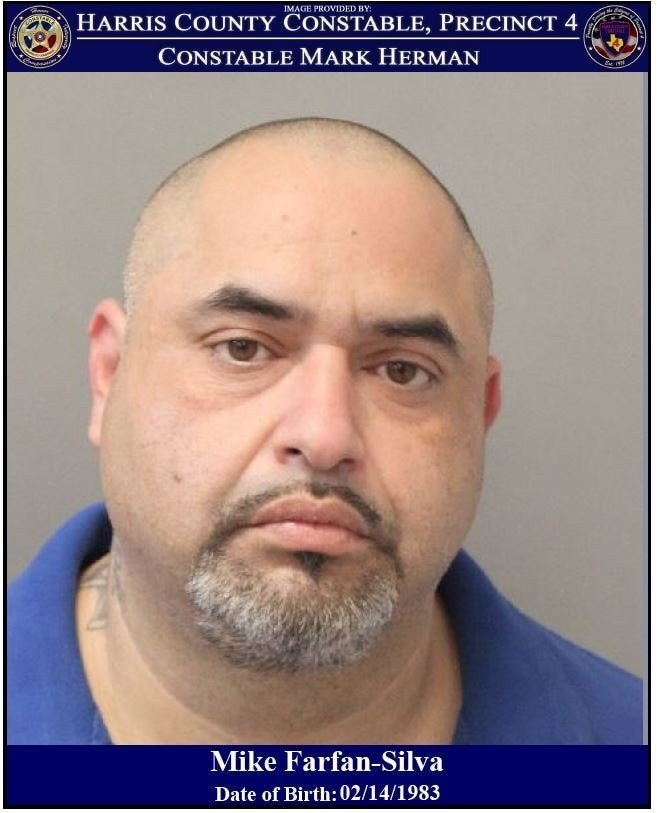 On January 05, 2022, deputies with Constable Mark Herman's Office responded to the 2000 block of Trailing Vine Drive in reference to a disturbance. Upon deputies arriving, the complainant, an Uber driver, stated that while conducting a pickup of two passengers, an unknown male suspect began to fire a gun towards his vehicle, striking it several times. After a thorough investigation, deputies identified the shooter as Mike Silva-Farfan, who admitted to the shooting."Mike Silva-Farfan was arrested and booked into the Harris County Jail, charged with Deadly Conduct. His bond and court information have not been set at this time." - Constable Mark Herman
Reply
* Reactions disabled on political threads.
What are your thoughts? Log in or sign up to comment Log in » Sign up »
Post a comment »