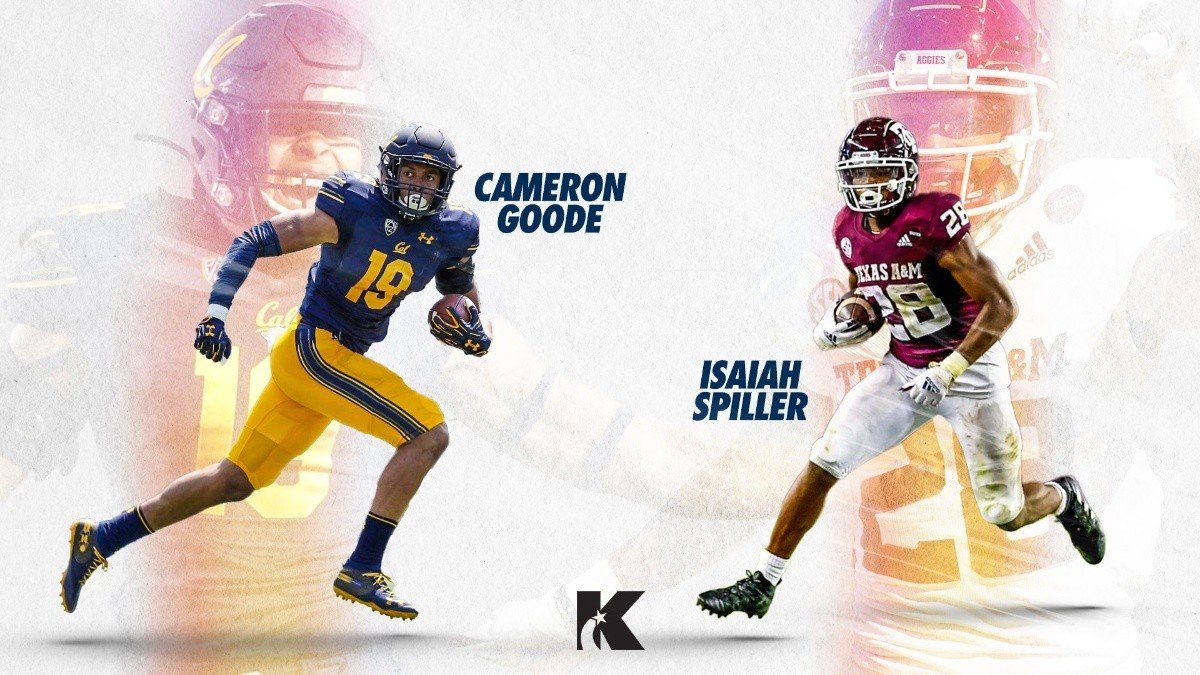 Former Klein ISD student-athletes Cameron Goode and Isaiah Spiller are on their way to the NFL after receiving the call of their life to play professional football.Cameron Goode was drafted by the Miami Dolphins and Isaiah Spiller was drafted by the Los Angeles Chargers.“We are especially proud of Cameron and Isaiah for their accomplishments during their college careers,” Klein ISD Athletic Director Darby Young said. “It speaks volumes to see two former Klein ISD students continue their athletic careers professionally.”Cameron, a Klein Collins alum and University of California football stand-out, was a stellar outside linebacker who helped the Tigers achieve the 6A District II Region 15 title. Goode also helped Klein Collins reach the third round of the 6A Division I state playoffs.Isaiah, a Klein Collins alum and Texas A&M University football star, was an Under Armour All-American named as the 2017 and 2018 15-6A Offensive MVP. Spiller was also named the Houston Area UIL Offensive Player of the Year finalist by the Houston Touchdown Club. The former Tiger had an impressive high school career with 1,493 rushing yards and 20 touchdowns as a senior, recording over 3,500 scrimmage yards and 53 touchdowns.Klein ISD is proud of these two young men for taking their talents to the next level, and we hope for the best as they get ready for their new chapter!
Reply
* Reactions disabled on political threads.
What are your thoughts? Log in or sign up to comment Log in » Sign up »
Replies:
No replies yet
Post a comment »


« Back to Main Page
Views: 36
* This page is available in the TownHub app. *
Open In App Get App Dismiss