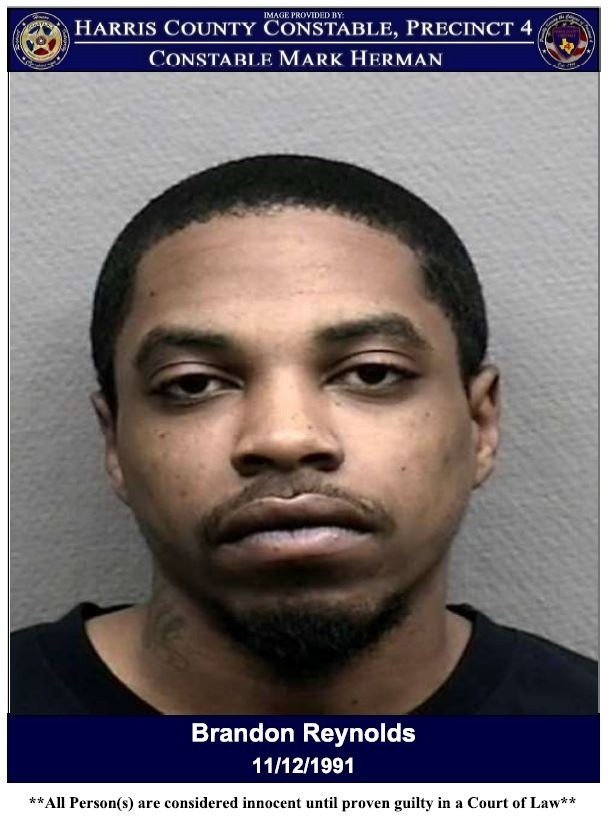 On September 20, 2022, deputies with Constable Mark Herman's Office responded to the intersection of FM 1960 Road and Treaschwig Road in reference to an Aggravated Assault. Upon deputies arriving, the victim stated that a black Challenger drove beside him and accused him of cutting him off. During the altercation, the suspect pointed a firearm at the victim and his daughter before he sped off. The victim provided deputies the license plate number, which was registered to a Brandon Reynolds. A photo line up with was established and the victim positively identified the registered owner as the suspect who pointed a firearm at him and his daughter."Brandon Reynolds is currently wanted by law enforcement for Aggravated Assault with a Deadly Weapon. If you have any information regarding his whereabouts, you are urged to contact our dispatch or your local law enforcement." - Constable Mark Herman
Reply
* Reactions disabled on political threads.
What are your thoughts? Log in or sign up to comment Log in » Sign up »
Replies:
No replies yet. Be the first to respond below!
Post a comment »
** Would you be interested in keeping up to date with news & events going on in the Spring area? Consider supporting an alternative social media platform for Spring by creating an account today! (it's fast, easy, privacy focused, and free!)