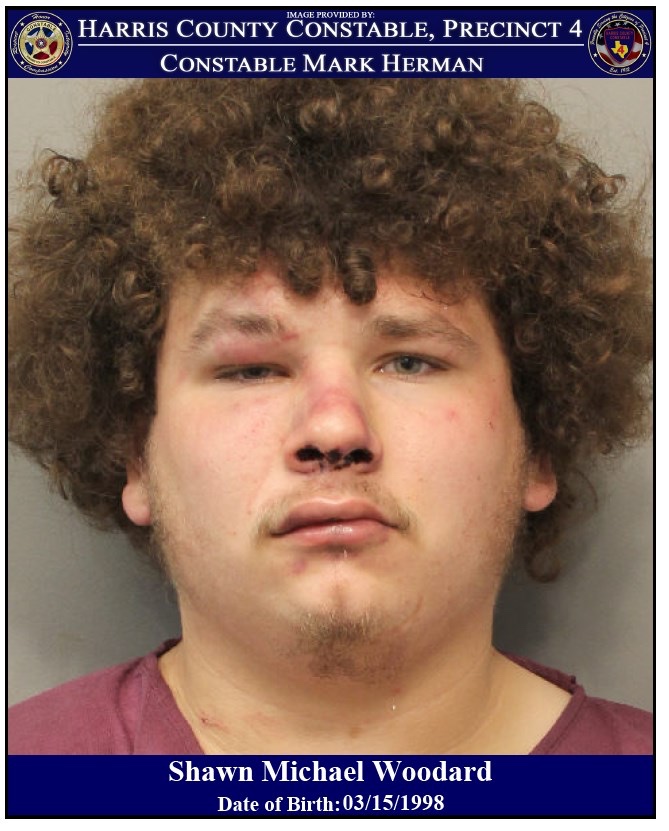 According to reports from PCT 4, on November 10, 2019, deputies with Constable Mark Herman's Office responded to a residence in the 20900 block of Summer Trace in reference to a disturbance where a male suspect later identified as Shawn Michael Woodard bit another male.Upon deputies arriving, it was discovered that Shawn Woodward was under the influence of an unknown narcotic. Constable Deputies attempted to detain him but he resisted and physically assaulted two deputies.Deputies utilized their department issued tasers in attempt to neutralize him but it had little effect on him. After a brief struggle, deputies were able to detain him.Shawn Woodard and the two deputies were transported to a local hospital due to injuries they sustained during the struggle. They were all treated and later released."Shawn Woodard was arrested and booked into the Harris County Jail, charged with Assault - Bodily Injury and Resisting Arrest. His total bond was set at $200.00 out of County Court 10." - Constable Mark Herman
Reply
What are your thoughts? Log in or sign up to comment Log in » Sign up »
Post a comment »